Iteratively call another module or project and pass the columns of the input dataset to the called module/project, one column in one iteration. The action allows applying the same calculation logic to all columns of a dataset and is useful for dealing with matrix tables or performing complex data quality checks for multiple columns.

Note that the action automatically renames columns and gives them a specified name when they are passed to the called module. As a result, the "Input" action of the called module always one column with the same name, no matter what it was called in the calling action. This allows using a workflow designed for one column name for all columns in the source dataset. 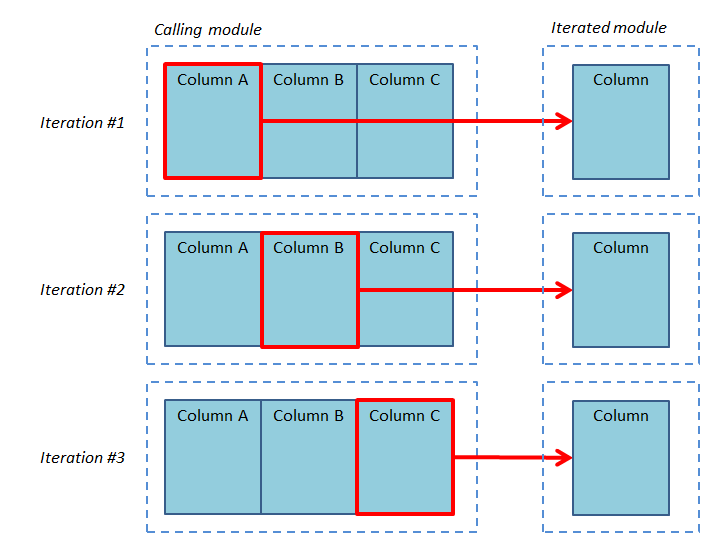 Optionally, the resulting datasets of the called module can be appended side to side into one tabular dataset. In this case, only the column with the same name as in "Input" will be returned back to the calling module and renamed back to its original name. Other columns from the result table will be ignored and discarded.