The "Repeat" action allows arranging the DO…WHILE and DO…UNTIL types of loops. It repeatedly calls a module (or another project) until / while its result table is not empty. 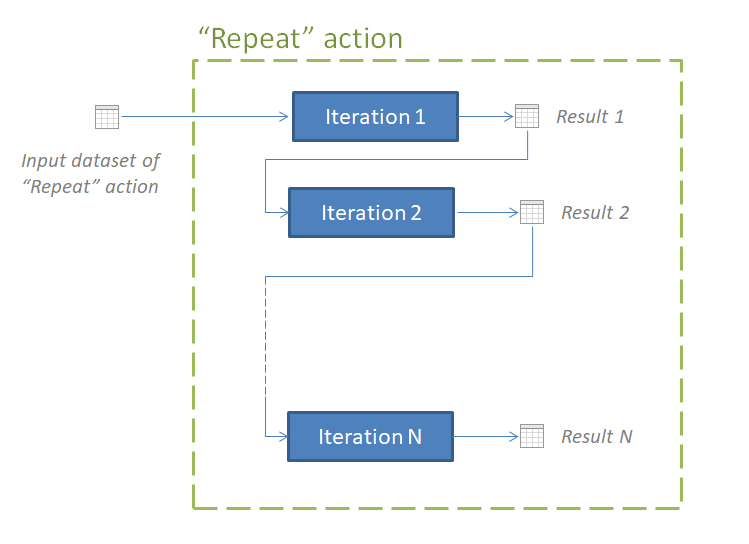 The action can be used in various cases, for instance: